Austins History; From the Twenties to Today

The first day of Austins history trading was March 1st 1924. This was staffed by the owners and only three assistants with just a corrugated roof over 6 Courtenay Street. The venture grew rapidly over the years, thriving in the 1920’s and 1930’s. Its reputation of value and variety , a friendly and efficient service to customers, prompt payments to suppliers and honesty in all its dealings gave the department store a sound growth platform.

In 1970, the shop’s selling area doubled and the Pine Room Restaurant was also built. The business expanded steadily by buying the adjacent properties whenever possible. In 1992, Austins opened a new furniture store opposite the main department store, in what was formerly the Globe Hotel. In 1996, the Toy Store opened in Wolborough Street, followed by the Carpet Store and Craft Store. In 1999, Austins opened a dedicated Furniture Store opposite the existing Toy, Craft and Carpet Stores. The Globe building now houses Cookshop, Linens and Soft Furnishings and is now the Homewares Store.

Today, Austins of Newton Abbot is still developing, with major changes and refurbishments taking place in the stores. The Toy Store refit allowed Austins to expand the selection of children’s toys and games with more space and a whole new look. 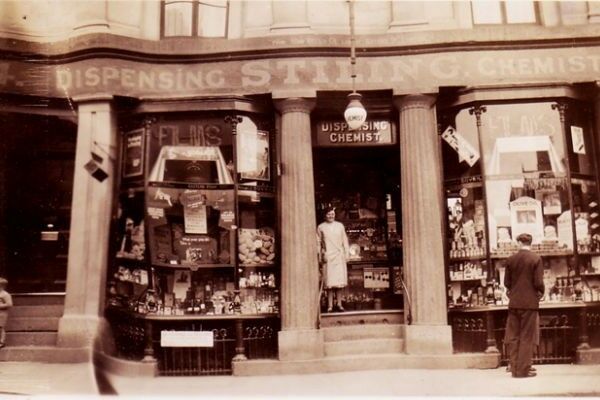 Stiling the Chemist in what is now the Dash department of Austins. 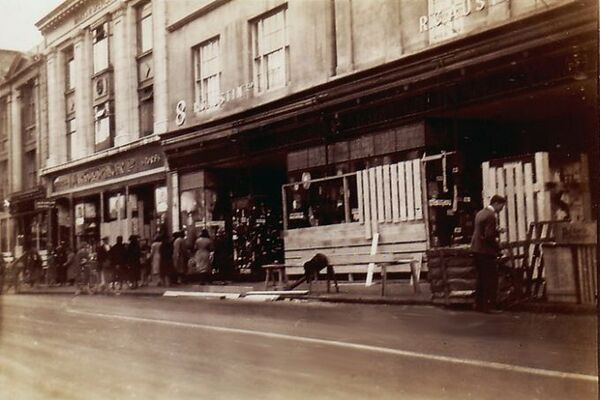 The General Election of 1931 with the front of Austins Department Store boarded up.

Charles Austin was sent by his father, Mr Robert Austin, to find a suitable site to expand his own drapery business. He found a small drapery store at 6-8 Courtenay Street in Newton Abbot – little did he know what the future held for him and his family business and the Austins history. 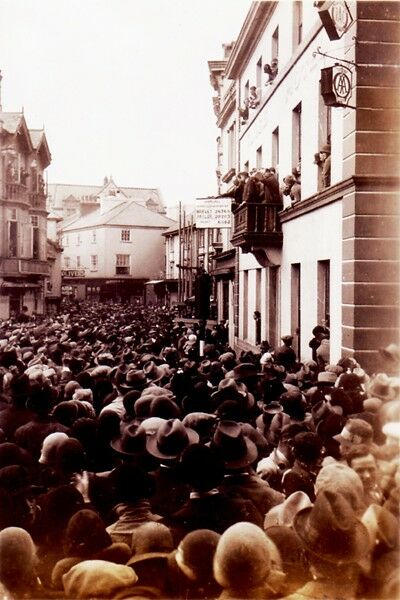